The ability to take public transportation is a crucial part of independent living. For many people with disabilities, anxiety and lack of training are barriers to taking the bus or train.

Getting Around On Pace

JJ’s List is excited to be working with Pace Suburban Bus on a series of fun instructional videos on how to get around on the Pace bus. Starring Advocates Bridget Brown and Tim Finnegan, these videos will cover topics such as “Planning Your Trip”, “Waiting For and Getting Onto the Pace Bus”, “Staying Safe and Smart on the Pace Bus” and “Getting Off The Pace Bus”. Look out for the release of one video every month starting this June.

Sneak Peek Behind The Scenes 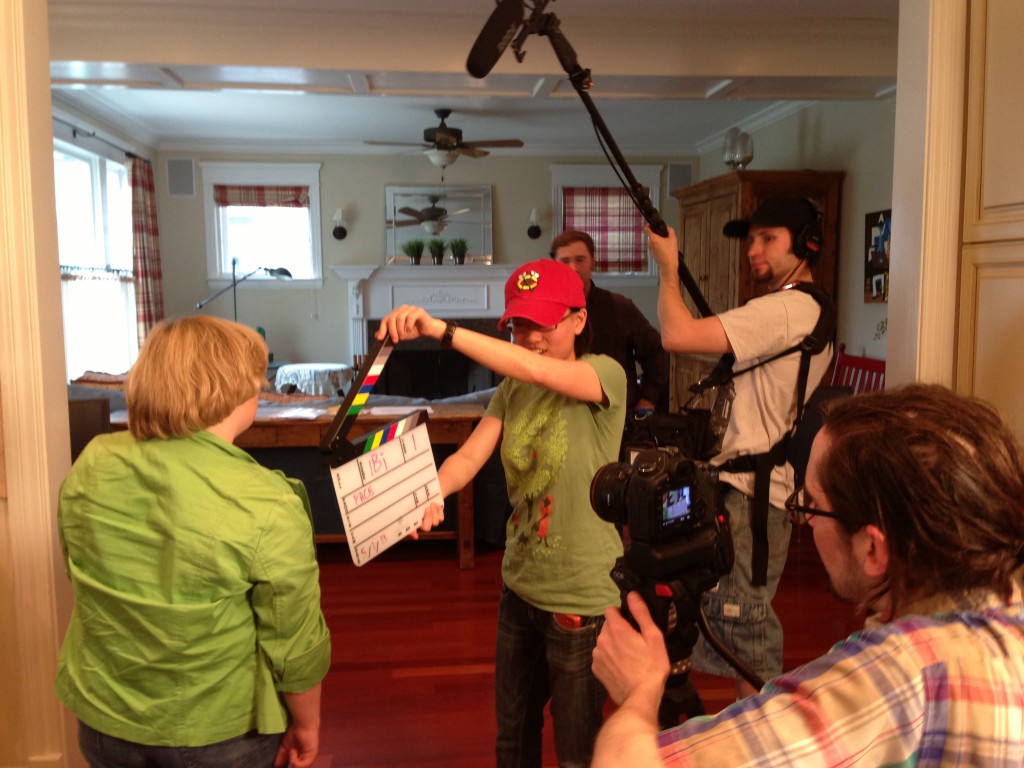 Actress Bridget gets ready as Producer/Director Shuling calls out the slate details to Director of Photography Jeff and Sound Recordist Patrick B, while Production Assistant Patrick P stands by. 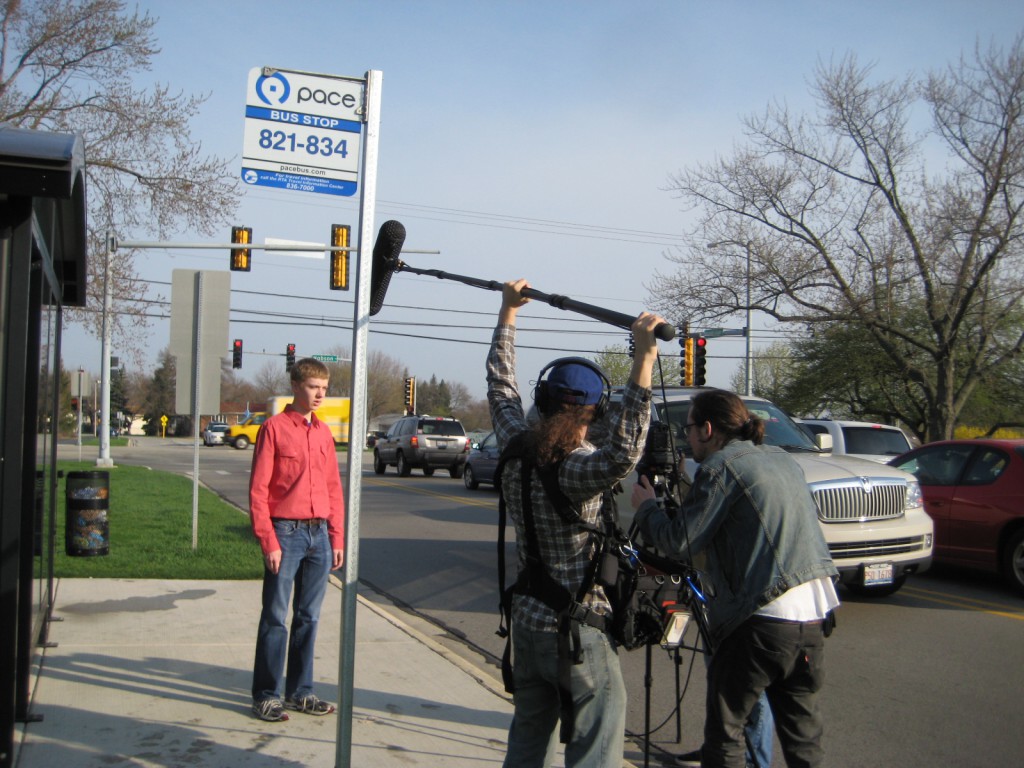 Tim delivers his line at a Pace bus stop. DP Jeff and Sound Recordist Patrick B. hard at work. 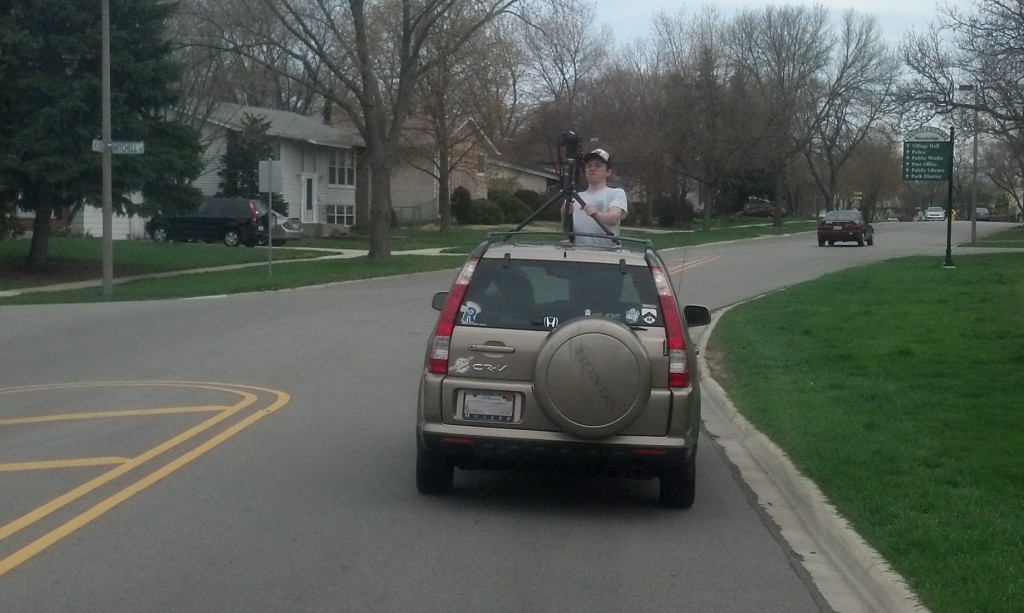 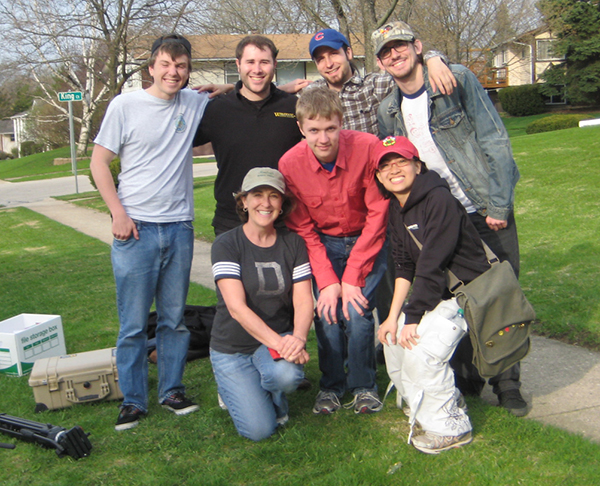 The cast and crew of Getting Around on Pace at the end of day 1. We're missing Bridget and Nancy! 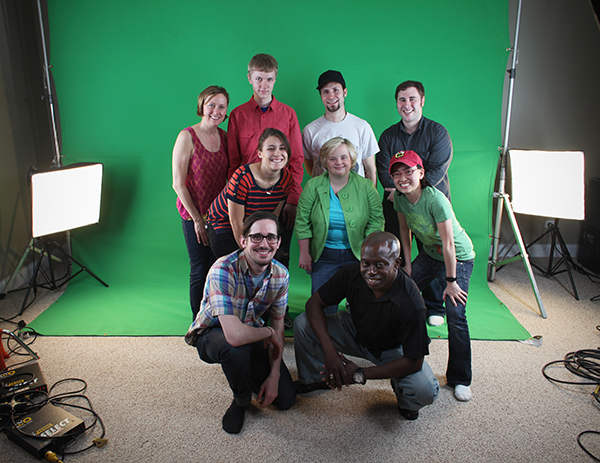 The cast and crew of Getting Around on Pace at the end of day 2. It's a wrap! 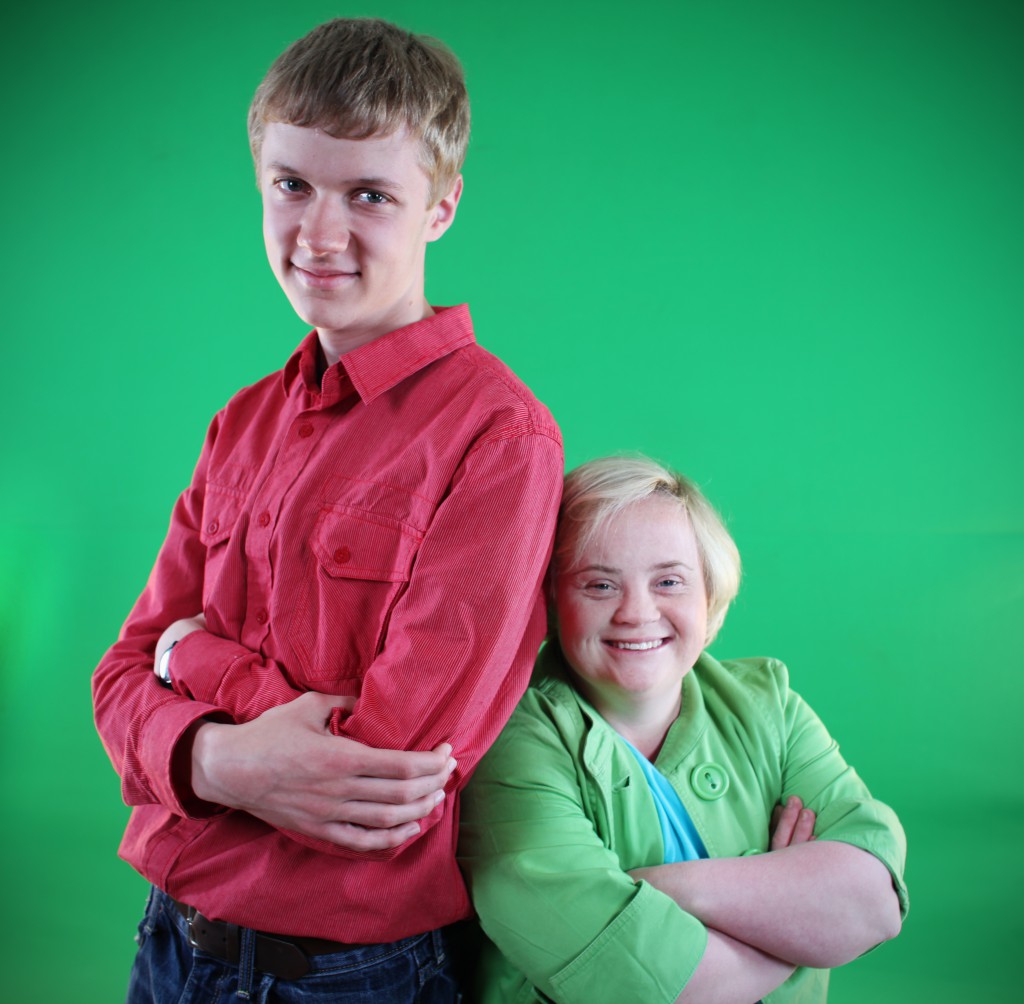 Tim Finnegan, 18 – Speaker and Advocate for Individuals with Disabilities

Tim’s first-hand experience as an advocate for people with autism spectrum disorder made him just the person to help star in these videos. Here’s what Tim has to say about himself:

“Iâve been involved with JJâs List for a long time. Iâve been a Disability Awareness Player and Iâve also spoken about JJâs List. Iâm currently a Junior in High School at New Trier and Iâm a resident of Wilmette. I also currently have two part time jobs at McDonaldâs and at AMC Theatres. During my free time, I enjoy hanging out with friends, and getting around the community independently. Iâve been great at taking the pace bus independently and also teaching other people how to use the pace bus and other types of public transportation.”

Bridget advocates for individuals with disabilities to be included in their school and community. She also speaks to students about treating all people with respect and dignity.Â  Bridget dwells in the possibilities and speaks for people who don’t have a voice.Â Bridget also has her own consulting organization called Butterflies for Change. Here’s what Bridget has to say about herself:

“I am a young woman.Â I am an national inclusion advocate.Â I Â am on the board of National Association for Down Syndrome (NADS).Â I am an actress and a tv star.Â Not only that I am outgoing.”

Keep your eye out for the official release of the first video next week!

So where are the people in wheelchairs? The people with service dogs?

I’m with Janice Stashwick – where are the people who use wheelchairs? Also, how do I find out if an addition to an apartment complex
is in compliance with the ADA? And what do I do if it is not?

Thanks Janice and Anne for voicing your concerns. There’s actually an existing how-to video series where chapters 3-5 are for “customers with physical disabilities”, “customers who are blind/visually impaired”, and “customers who are deaf/hard of hearing”. If you’d like to watch them, they can be found at: http://www.transitchicago.com/riding_cta/accessibilityvideo.aspx

Additionally, Janice, if you’re interested in articles about service dogs, we’re currently working on one about service dogs in places of business. We’re very excited to be launching it this Tuesday. Check back and let us know what you think!

Anne, our friends at http://www.equipforequality.org may be able to help you with your question about ADA compliance.