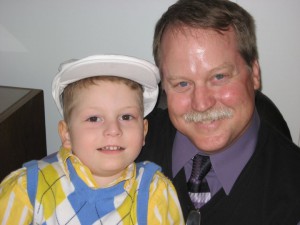 Inspired by his son Tommy, Buc Williams writes and records a song with all-star musicians to promote inclusion of people with disabilities.

When Buc Williams contacted JJ’s List about his song “The Little Bus“, inspired by his son Thomas who has severeÂ Epilepsy, andÂ  recorded with Nashville music veterans – who have recorded with stars such as Garth Brooks – we didn’t know what to expect. So, we listened to it on iTunes, and just like that, it was love at first listen. Like many good country songs, it tells a compelling story, about a student who gets to know Tommy and likes him so much that he shared his experience with his class the next day.

His name is Tommy. He’s a lot like us.
Likes watching football, eating hotdogs and having fun.
He hopes and prays that someday he’ll be liked by everyone,
even though he rides on the little bus.

It carries a simple but important message for anyone, especially those who still experience discomfort when it comes to interacting with people with disabilities. See the full song lyrics for yourself.Â All proceeds from online salesÂ of The Little Bus will go towards organizations serving children with disabilities.

The Story behind “The Little Bus”

We reached out to Buc and asked him to share his story behind the creation of his song “The Little Bus”. The following is his message:

The idea to write the song, “The Little Bus”, came from my son Thomas. Tommy was born perfectly healthy but began having seizures a couple days after receiving his four month Dtap shots. Since then he has been unable to walk or talk or to even sit up on his own. He is now seven years old and has been riding a little bus to school for the past four years.I also watched my older brother Earl, who has down syndrome, ride a little bus to school for many years prior to that.Â Â 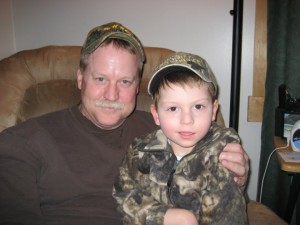 Over the years I’ve noticed how some people have been afraid of people with special needs. I believe that it’s perfectly normal to fear what we don’t understand. I also believe that if a person takes the time to interact with a special needs individual, they’ll soon find out that they are more alike than they realize. They have many of the same wants, needs and dreams. It was my hope that the song “The Little Bus” would help make people think and understand that people are people, no matter what our abilities are.

The song was recorded in Nashville TN at JL Productions. It was produced and engineered by well known producer Jim Lightman, assisted by Jay Buchanan and was performed by an all star cast of musicians. Chris Leuzinger played acoustic and electric guitars. Chris is best known for his work on all of Garth Brooks albums. Veteran Lee Kelly is playing drums. Lee has recorded for Curb Records and has toured with numerous country stars. Jim Lightman played on bass. Jim has played with many well known artists over the years. Long time session player Billy Justineau provided the piano and organ. The vocals were performed by an up and coming country singer named Matt Dame. Matt has several major labels currently looking at him. The children’s background vocals were provided by some very gifted and talented students from Eakin Elementary School who graciously donated their time and talents. They were directed by Rita Black, a music specialist from the schools music department. 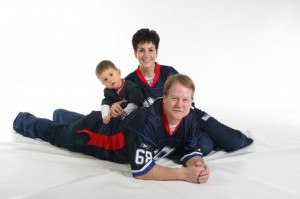 I gave the recording of this song to my wife for Valentines day this year(2013). She and I decided that we would like to try and sell downloads and CD copies of the song and give any and all proceeds to some special needs children’s groups. First, the Miracle Baseball League for special needs kids, and also for some summer camp programs for special needs children. We hope that the song will help to inspire others to take that first step to say hello and interact with someone with special needs and to realize that inside they’re no different than anyone else.Â  The song is available for download on itunes and cdbaby as well as several other cdbaby affiliates.

Thanks for your support,

This is the most amazing song! Not only is it musically fun, the message is wonderful. Hopefully we can spread the word about this family’s quest fo awareness of people with disabilities and to help organizations dealing with these special folks!

Thank you Julie. We agree, it inspires all of us.