The Americans with Disabilities Act Turns 24, So What? 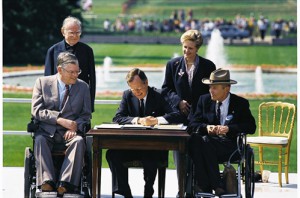 The Americans with Disabilities Act, signed on July 26, 1990, forced businesses to be compliant. However, as weâre celebrating, lets remember that thereâs still work to be done. Often, when I hear about what is and isnât ADA compliant, itâs often from a business owner or representative which sometimes leaves a bad taste in my mouth. It reminds me that some businesses want to only do the minimum.

I believe in integration and tolerance. I think it is the basis of ending discrimination because it forces us to first see each other as humans. Hopefully, with time, changing our minds from what we believe to what weâve experienced and witnessed. Mathematically, the equation would probably be written as follows: Integration + Tolerance = Freedom

I think the Americans with Disabilities Act didnât go far enough to fully acknowledge the various forms of disabilities nor address the importance of integration. Often, when businesses think of disabilities, they focus primarily on the accessibility of their business.

Iâve seen some employees go out of their way not to help or address an individual with a disability who walks into their business. Yet, the business has made an effort to make sure they are physically accessible. So, what is a business to do? Focus on integration and tolerance. This is where real change begins to take place. Ironically, applying this rule to all customers will increase your bottom line without much effort.

The Americans With Disabilities Act was just the beginning. In my opinion, it gave many a glimpse of what integration and tolerance would look like. For individuals with disabilities, it opened the doors to a world that seemed to promise them freedom but has yet to deliver. As we move towards a more integrated and tolerant society we should focus on working side by side with those we believe should have the freedom to be a part of our society. We should move beyond compliance and truly embrace integration and tolerance much like the disability community has done for us – those unwilling to do so for them. 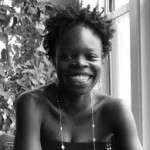 I loved what The Blog said very well done good jobs. I love what i read