Do not underestimate yourself. Â It sounds like something someone would say if they didnât know what to say but Science Fiction author Deane Saunders-Stowe from Gloucestershire has woven an ensorcellingÂ tale that epitomizes the value of finding logical strategies for you to make your way around the world even if you might not know exactly ho 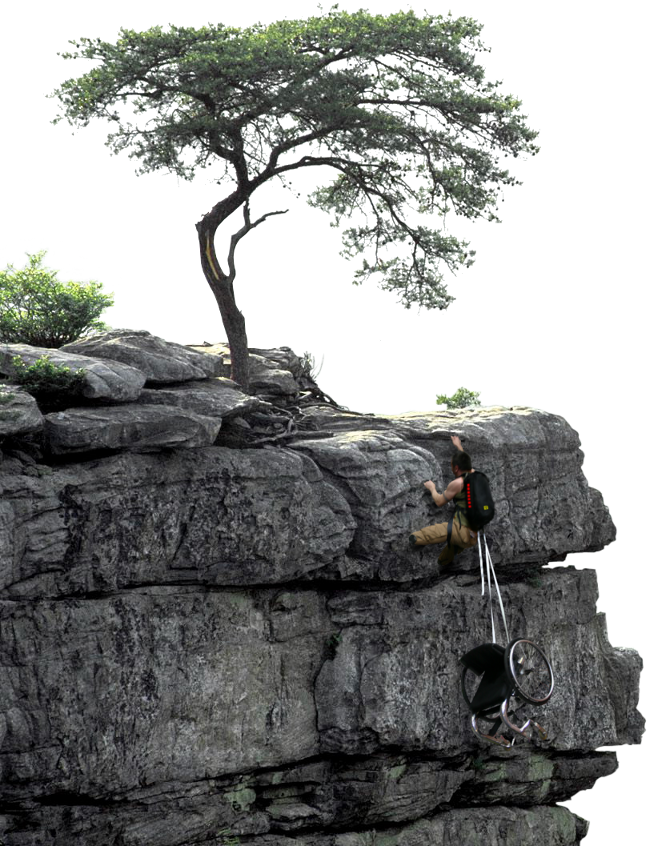 w thatâs going to happen yet.

As a disability awareness advocacy organization, we work hard both collectively andÂ independently to spread a simple message. Â We are sentient beings deserving of being treated as such.

The interwoven threads of Synthesis: Weave compelled me as a reader to think back on many of my own experiences as a deaf individual and I subjectively loved the book for it.

Deane Saunders-Stowe is a first time author and his enthusiasm for the study of philosophy and spirituality intersect with the life-experiences he has with his partner who is a disability fitness instructor and wheelchair user who also has a seated aerobics series. Â When the rules of nature are applied to systems such as human behavior, fascinating stories become possible.Â Synthesis: Weave is one such example

JJsList.com: How are things coming along with the book? Â I’m almost done so no spoilers! Â Did you set out to create an experience for wheelchair users to relate to or was that something that came out of your own life experiences?

Deane Saunders-Stowe: I didn’t start off with that as the intention. Â My partner has severe osteoarthritis in his knees and one day I had this idea that I’d like to write something futuristic, but not have the usual fixing of disability. Â I thought about prosthetics, and how a complication could render traditional prosthetics useless.

JJsList.com: Which is a very novel concept in fiction (pun intended)

Deane Saunders-Stowe: I’m obsessed with the physics of things, especially stuff in scifi that isn’t explained in depth Â or explored fully, and I thought about having forcefield prosthetics. Â They come with their own drawbacks, so at least it doesn’t make the character all powerful. Â Avatar is a terrible case of disability in fiction. Â Whilst it might have had noble intentions, the hero who starts out as disabled ends up being a hero in a different body!

Deane Saunders-Stowe: I just thought it would be quite good to have a disabled character, given that I could relate to it (at least the able-bodied side of the relationship) and had a good mechanism for a hero who could still be vulnerable (and realistic). Â The role-model aspect just arose as a consequence.

JJsList.com: Absolutely, that’s one of the things that I found very interesting, which is the very clear demonstration that you have experience with the everyday factors that folks experience and you brought that into the book. Â So Iâve just met the Paper Man, can you tell me about his character?

Deane Saunders-Stowe: It’s his appearance that sparked the initial idea that I started to build the book on. Â I had to keep the magic aspect quite small, since I didn’t want to alienate (pun!) hard-scifi fans but I hate the way that there’s a line in the sand, separating magic and science.

JJsList.com: Right, I was just putting that together in re-reading the description.

Deane Saunders-Stowe: In Sci-Fi you tend to have telepathy, psychokinesis etc. but they’re all classed as powers rather than abilities. Â I wanted to bring historical types of magic into it – but at least keep it feeling realistic. No god-like powers, or Harry Potter magic. Â Most things need to be explainable to a degree, and limited. Â Having a system of magic means that things take time, they can’t be used for instant fixes, and there’s plenty of scope for things to go wrong. Â There are some unexpected side-effects happening in book two that will create a problem initially.

JJsList.com: Â That’s what I really like about how you go about using magic and science to solve so-called “challengesâ.

Deane Saunders-Stowe: Break things down into distinct components, put them back together again. Â There won’t be any turning people into frogs but (then again) there might be. Â  That’s what I really like about how you go about using magic and science to solve so-called “problems” by altering their biochemistry.

JJsList.com:Â Yep – is that one of the core messages or it’s simply part of the narrative?

Deane Saunders-Stowe: I think it might be one of the themes, actually. Â A lot of the ideas are all about patterns in nature/physics. It’s one of the principles my employer bases his philosophy on. Â All things are ultimately connected, there’s nothing random – all things are caused by other things. Â So yes, connectedness and causality, I guess. Â There are quite a few big themes, but I try not to come across as lecturing – you can’t really lecture people on the nature of reality after all, it’s just all there is and again, it’s all down to the choices we make about how we implement what we learn.

JJsList.com: You mentioned keeping things reality based, one thing I noticed about Aryx is that he’ll often advocate for himself. Â Is that something you meant to emphasize?

Deane Saunders-Stowe:Â  Do you mean he’s independent and won’t let others do things for him?

JJsList.com:Â  That and the reader often experiences a scene viscerally – “I can’t go in there, so I’ll see you later”. Â It’s possible I’m reading this with tinted glasses but that struck me

Deane Saunders-Stowe:Â  Oh yes. Â Most of Aryx is based on my partner, but with a few tweaks. 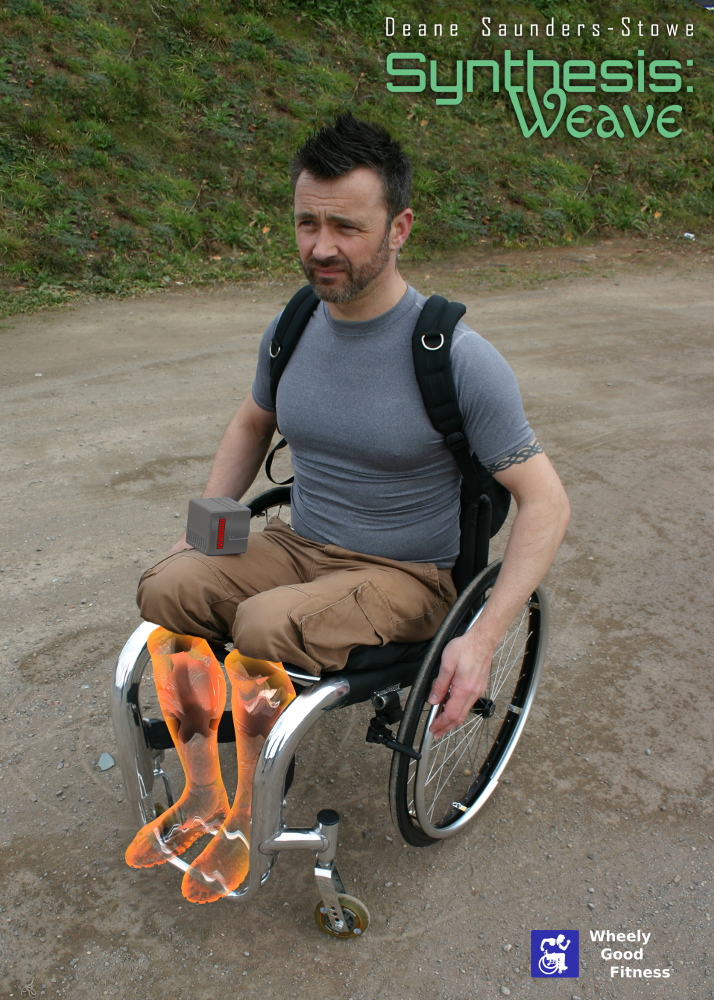 Deane Saunders-Stowe:Â  I notice the things that irk him about accessibility, how thingsÂ are different for him getting around, and how he’s changed. Â I’ve used a wheelchair a few times, too – usually doing wheelchair basketball, but also trying them out on different terrain out of interest, and I like the reader to experience things that the characters go through. Â Most able-bodied people tend to have very scary experiences of wheelchairs. Â They sit on them and feel like they’ve perched up on something dangerous and therefore have very skewed perceptions of what wheelchair users go through. Â But since I know that many people are more capable than others make out, I wanted to try to put that in.

JJsList.com:Â  My associate refers to her wheelchair as something that enables her, rather than something she’s bound to.

Deane Saunders-Stowe:Â  There’s the perception that someone in a wheelchair should automatically be fragile or a risk to themselves and others. Â It’s just like a pair of shoes – you use it daily, and therefore are far more capable than someone who might just put them on the first time. Â But also, if the environment isn’t set up for it, it can cause problems and frustration when it shouldn’t be like that. Â So with Aryx not having a ‘fixable’ disability, there was bound to be a conflict. Â Some things ‘just work’ – but other things aren’t going to, just like Sollers Hope.

JJsList.com:Â  That’s a fascinating way to frame the conversation

Deane Saunders-Stowe: I needed a bit of anachronism. Technology can fix so much, but society needs to change at the same rate – which I doubt it ever will. Â I think that was one of the other themes!

JJsList.com: So because I’m coming from a disability accessibility advocacy organization, that’s part of where my thread is coming from and will be written – do you have any feelings one way or another about this being used as a vehicle for that kind of conversation?

Deane Saunders-Stowe: Not at all! Â Books are meant to change people, and if it changes attitudes for the better while entertaining people, then I’ve done my job!

JJsList.com: Do you have a message to readers who may relate to Aryx?

Deane Saunders-Stowe: The ones that surprise us most are often ourselves. Â You don’t have to be superhuman to be a hero – overcoming the smallest challenge is an achievement in itself. Don’t stop pushing yourself, no matter how small the distance.

I just wanted to let anyone finding this article to know that in the years since the interview, I have subsequently published a revised edition of the first book (2018), Synthesis:Weave 2, Afterglow (2019), and the final book in the trilogy, Synthesis:Weave 3, Telamon (2021), in all formats.