College basketball’s famed March basketball tournament isn’t the only game in town. We had a little March Madness of our own at Search Inc. 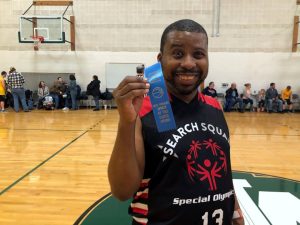 The “Search Squad” Special Olympics basketball team, lead by coaches Danni,Â Sharon, and Mary Ann, traveled down to Illinois Wesleyan University over the weekend of March 16th to compete in the Special Olympics State Basketball tournament.

The team did an exceptional job and rose to the challenge by playing games in Division 6, which is three divisions higher than usual! The team performed amazingly well and took home a silver medal!Â Even better, two players, Curtis and Michael, received Good Sportsmanship Awards.

We were able to ask some of the Search Squad players about their experiences:

Q.Â Have you ever been on a Special Olympics basketball team before joining the Search Squad? Â If so, where? 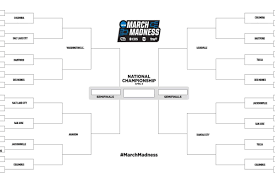 A.Â With the exception of Curtis, the Search Squad team has some experience playing for other Special Olympics teams including the M-NASR (Maine-Niles Special Recreation) Wildcats and NSSRA (Northern Suburban Special Recreation Association) Gators.

Q.Â Tell me one or two reasons why you like being on the Search Squad.

Henry and Jimmy: I like the coaches and the players.

Sean: I get a sense of achievement and have a lot of fun.

Q. What is special about being on the Search Squad?

Sean: Spending time with friends and the coaches.

Henry: Being on the team is very challenging. I like that.

Curtis: I love playing basketball for Search. Being on the Search Squad lets me do this.

Q. What skills have you learned by being on the Search Squad?Â Â

Henry: I have learned a lot about the game and to be tough player.

Michael: I have learned to shoot and dribble the ball and learned about teamwork.

Sean:Â I have learned basketball skills and how to play as a team.

Q. What have you learned about yourself by being part of this team? 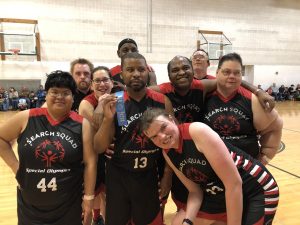 Sean:Â I am a team player.

Jimmy: IÂ can do better than I think if I work hard.

Curtis: I like myself and I am very kind.

Henry: I am a team player and work well with others.

Q. How does being on this team make you feel?

All: Being on this team makes us all happy!

Q. What was your favorite thing about travelling downstate with the team? 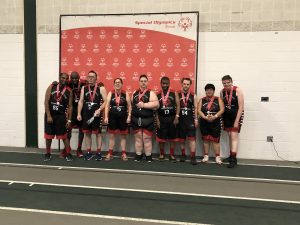 Sean:Â My favorite thing about travelling downstate was playing basketball and having my family come to support me.

Jimmy: Being together with the team.

Curtis:Â I liked staying in a hotel.

Michael:Â I liked being with friends.

Henry: I liked being with the coaches.

Q. What other Special Olympics teams are you on for Search Squad?

All: Track and Field and Snowshoeing.

A big thank you to our coaches – Danni, Sharon & Mary Ann – and to everyone who supported our athletesÂ on this journey!

Awesome! Congrats on the silver medal and the awards!