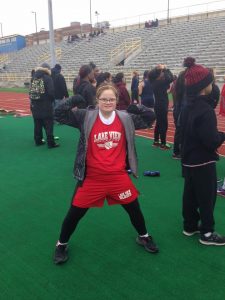 My daughter Anna – a 17 year old with Down syndrome – has been included in school since pre-K. Overall it has been a good experience for Anna both academically and socially. However, as the academic gap widened, the social invitations dried up and she transferred out of the safety of her nurturing elementary school into a big city high school, I sometimes wondered if inclusion was the right thing for her.

A few weeks ago I had a moment when it became clear that inclusion – challenges and all – was the right thing for Anna. It happened at a Chicago Public School (CPS) multi-school track and field meet. Anna is on the track team Lake View High School. Typically she very happily runs the last heat of the 50 meter event. She usually comes in last place, but always smiling and proud.

Anna didnât suddenly become a faster sprinter, but her coach decided to give her the opportunity to run a different event. Coach Emily assured me that the team had been practicing with Anna and that she had mastered the baton exchange. 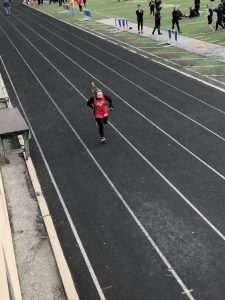 That was the least of my concerns. The nature of sports is competitive. Athletes want to win. Wouldnât her teammates resent Anna if she dropped the baton and/or if she lost the race for them?

Itâs one thing to come in last in the last heat. Itâs another to weigh your team down.

As I, and Iâm sure the coach and her teammates, guessed, Anna did indeed finish long after all of the other runners and Lake View placed last in the event. However, Anna came across the finish line all smiles. She was bursting with Wildcat pride and with the cheers and support of her teammates and coaches.

Itâs impossible to know how the relay team would have done if Anna hadnât run in the race. But Coach Emily and the team demonstrated amazing character by supporting Anna. It was heart-warming for a skeptical and nervous parent.

Watching Anna be encouraged and congratulated for her efforts by her teammates reassured me that inclusion is the right thing for Anna. In her case, she learns about the sport of running and what it means to be a teammate, while her classmates learn about tolerance and acceptance. 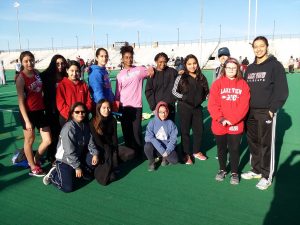 I couldnât be more proud of Anna for her courage, her school spirit, and her belief in herself. I also couldnât be more proud of the Lake View track coaches and team for their efforts in making the world a more inclusive place. Itâs a small step toward a more tolerant and disability-aware world. But itâs a step in the right direction. Inclusion has challenges and it takes a tremendous amount of work for it to be successful. But when done right, it benefits everyone.

Filed under Down Syndrome, Education, Inspiring People, Uncategorized
Share this:

This is great for Anna! People who have a disability deserve the same level of attention as people without disabilities! As you as people are passionate for sports or whatever they enjoy, that’s really all that matters regardless of whether people have a disability or not. I know most people with disabilities are on special olympics teams, but I feel that it can be misinterpreted that people on special olympics can’t play on a regular sports team. I’m glad Anna is on the regular track team along with her teammates who accept her. People with disabilities deserve to be included.

What a great article Trishit so heartwarming to to hear this story what a beautiful thing! Congratulations to Anna and the Wildcats and their amazing coach who clearly is capable of seeing more then a person with a disability but for seeing Anna as an athlete, a team member, a person who deserved the chance to be part of something bigger â they may not have won the meet but they are truly number one in my eyes and deserve the acknowledgement, praise and recognition of real winners. Thanks for sharingâ¤ï¸

What a joy to read this story! Anna, her mom, her coach, and the Wildcats all deserve gold!

Your story is wonderful. You’re an inspiration Anna. Great job!