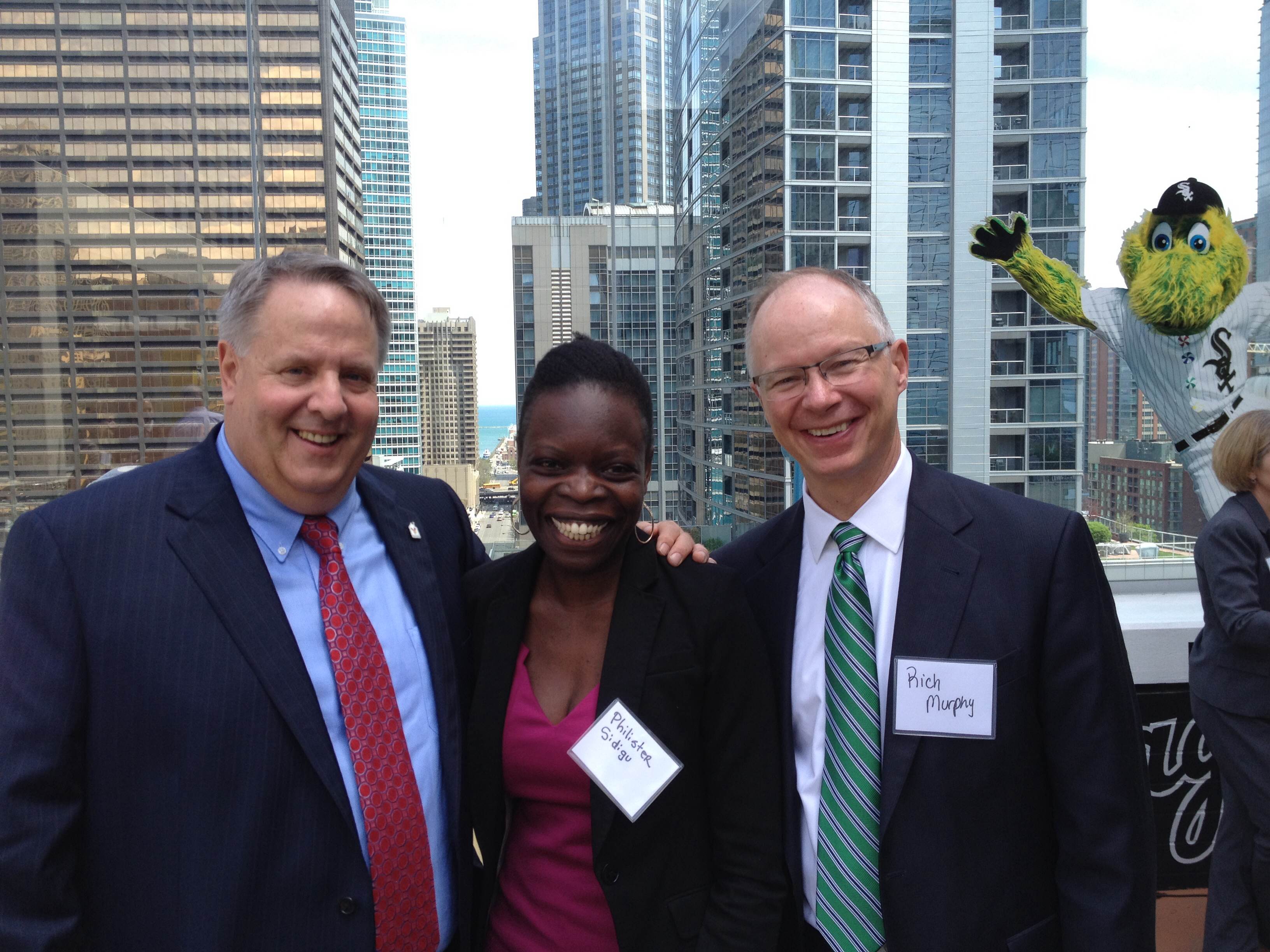 The Wintrust Spring Fling is a fun event! Attending as friends of Wintrust, representing jjslist.com, we enjoyed meeting Wintrust employees and hearing about the work they are doing around disability awareness.

For us, the highlight had to be taking a tour of the Ronald McDonald House itself. Located near Lurie Childrenâs Hospital, the House is the second-largest in the country, with the House in Columbus being the largest. In accordance with our mission, we were pleased to find out that the washers and dryers are front-loading and ADA-compliant. The House is also working more on its disability-aware features, which we are watching with interest.

The Ronald McDonald House has 86 guest rooms, and we were able to tour one of the rooms. It has a playroom for kids, dens painted in Blackhawks, Bulls and Bears colors (including one table made from wood that was in the floor for the Bullsâ 90s golden age!) and lots of donated toys and medical equipment. There is a family kitchen for families who want to make their own dinners and a community kitchen where volunteers can make dinner for the residents. Families also have their own pantries to store their own food. These options help make the Ronald McDonald house as close to a home as possible for guests.

We were invited by our friend Katina Panagopoulos, Vice President of Wintrust Commercial Banking. We met a lot of nice people, including Robin Ventura, the White Sox Manager. He was very nice and signed a baseball. We enjoyed discussing disability awareness with Doug Porter, CEO of Ronald McDonald House Charities of Chicagoland & Northwest Indiana and Rich Murphy, Executive Vice President and Chief Credit Officer at Wintrust.

Its great that the Ronald McDonald house is aware of disability awareness.

That’s a very interesting blog. Ronald McDonald House is a great organization and I like seeing them be aware of people with disabilities. Thanks to Wintrust for supporting them.