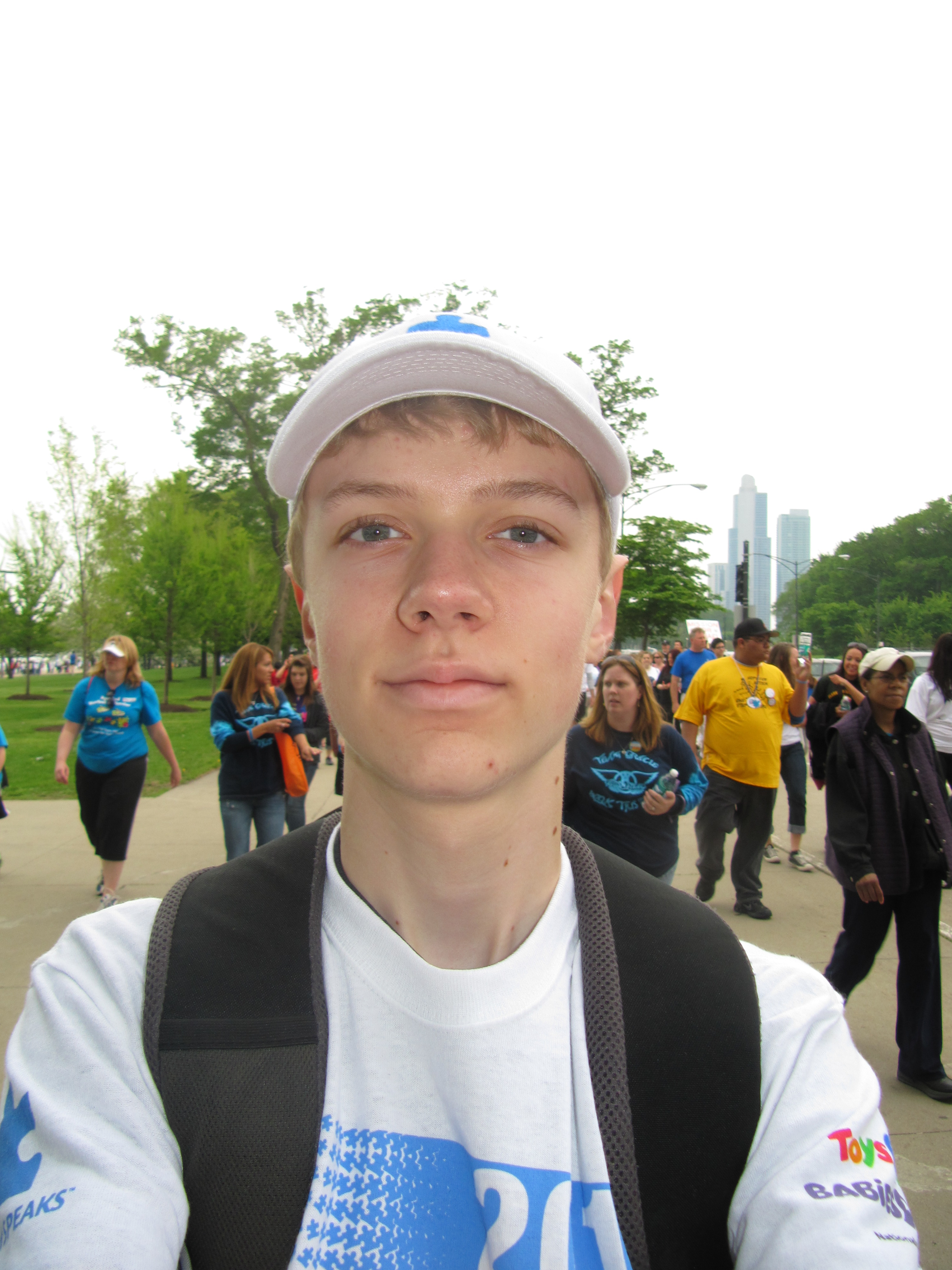 JJ’s List volunteer Tim Finnegan shares his experience at this year’s Walk for Autism. Tim is a high school student on the Autism spectrum and a proud JJ’s List self-advocate.

On May 21, 2011, I participated in a Walk for Autism. It was at Soldier Field in Chicago. This was my first year participating in the walk. It was a lot of fun. There were thousands of people doing the walk.
When I registered for the walk, I had my own webpage and sent out emails and posted on Facebook that I was participating in the Walk for Autism this year. A lot of people sponsored me when they made donations.
When people donate money, it gets donated to the Autism Society. No one knows what causes autism, and when money is donated to the Autism Society, then people will be able to do more and more research on what causes autism.
I think it’s important for people to support the Walk for Autism, because when money is donated to the Autism Society, people can do more and more research about what causes autism. You can donate money anytime to the Autism Society through their website.
There were a lot of reasons about why I wanted to participate in the Walk for Autism. I have autism, and I’ve learned a lot about what it’s like to have autism and why money gets donated to the Autism Society. The person I decided to walk for was myself. Another reason that I wanted to participate in the Walk for Autism is because my cousin participated in it 2 years ago, and she told me that she enjoyed the walk and that she walked for me. A lot of people I know have participated in the Walk for Autism in the past and they’ve told me that it’s a good thing to do. TheÂ Walk for Autism is a good eventÂ to participate inÂ whether you’re walking for yourself or someone in your family with autism or a friend who has autism.
On the big day, I grabbed my Autism Speaks hat, a water bottle and off I went!Â There were thousands of people at Soldier Field that day.Â When I arrived, I checked in, got my Walk for Autism 2011 T-Shirt and went to the field for the opening ceremonies. They had a band, a choir and people with autism who spoke about the walk. Â I was standing close to the stage where I could get a good view. For the people who didn’t like the loud noise, there was a quiet room. I didn’t need to go to the quiet room, since I was okay with the loud noises.
Many of the people at the walk had different kinds of autism. Some people who didn’t have a disability did the walk was because they knew people with autism. Some were teachers and therapists who work with kids with autism. Other people were relatives of a person with autism. They even had Geoffrey the Giraffe from Toys R Us, and Darth Vader from Star Wars!
We walked along Lake Michigan, past the Shedd Aquarium and all the businesses at the Museum Campus. I thought it was an awesome route for all of us to walk. When people passed by the route that we were all walking on, they cheered us all on and they were excited to see us all walking and wearing our Walk for Autism 2011 T-Shirts. We all felt excited when people who weren’t doing the walk cheered us on when they passed by us.
When we arrived back at Soldier Field after the walk ended, there was an after party. There was a rock band that played music, and there were also refreshments and food to eat. I stayed at the after party for a while and enjoyed the music.
I was a little nervous and excited at the same time when I took the train into the city by myself and participated in the Walk for Autism for the first time. I’ve had experience going downtown by myself, but when you do new things for the first time, it can feelÂ a little nervous at first.
I hope that the people from the Autism Society can find out in the future what causes autism when more and more money gets donated. I also hope to participate in the Walk for Autism again next year. It was a lot of fun, and I’d recommend that you do the Walk for AutismÂ at Soldier Field. It’s a good thing to participate in and it’s also good to support the Autism Society.
Filed under Events - Tagged with Autism, Autism Society, Autism spectrum, Chicago, Tim Finnegan, Walk for Autism
Share this:

Thank you, Tim ,for sharing your experience regarding the Walk for Autism. Your participation and support means a great deal to so many. You are a young man who is making a difference in the lives of many!