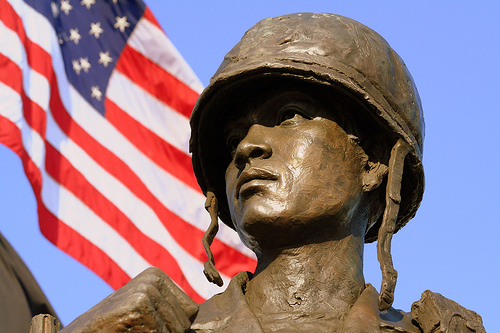 Recent revelations at the Department of Veterans Affairs has revealed a massive problem. Healthcare treatment is being delayed at VA hospitals in such places as Phoenix, and itâs caused a huge scandal.

Reports that theyâre lying about these delays are making the situation worse for the agency–especially since hundreds of veterans may have died in part because of these delays. A backlog of disability claims made by veterans of Iraq and Afghanistan has also come into focus, as have the number of claims being filed from Agent Orange exposure during the Vietnam War.

Quite simply, the VA is in such a mess that itâs caused a huge outcry. Because this is happening in the midst of the Memorial Day celebrations, and how widespread it may be, this has become a national story.

Naturally, because of the sheer numbers of disabled veterans, this has peaked our interest. While reports of logjams within the VA have made the news every now and then, this is a far bigger problem than originally thought.

Weâre not sure who to blame for this, but itâs possible that VA Secretary Eric Shinseki is the head of an organization in desperate need of reform. Whether youâre a Democrat or Republican, this is unacceptable to anyone. Veterans, whether they have disabilities or not, should get the treatment they need. Delays, which could result in worse health effects and death, should be fixed.

Whatever comes out of this problem, we hope it will be a good and thorough solution. The VA has had plenty of time to fix their problems, starting with the revelation of filthy conditions in the Walter Reed Medical Center back in 2007. Itâs time for real reform and regulation that brings veterans the care they need and deserve.