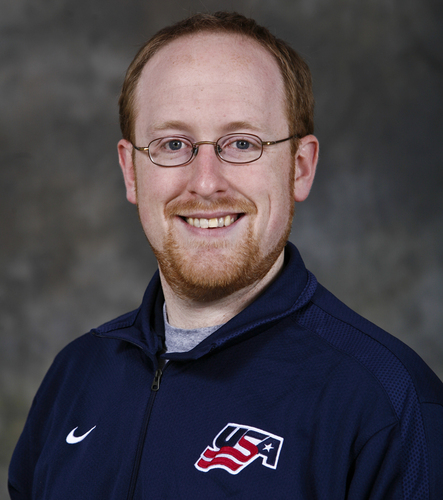 1. How are players selected for the team?

The team is run by USA Hockey. Each summer, the organization hosts tryouts for both the Sled Hockey National Team and the National Development team. The tryouts attract over 100 athletes, who are competing for a total of 34 spots (17 on each team). As you can guess, it can be pretty competitive.

2. Is there a professional league, are there amateur associations, or both?

Sadly, there are no professional leagues, but there are club associations, all of them amateur. Theyâre supported by local associations and some NHL teams (like the Blackhawks). The top team in Chicagoland is the Rehab Institute of Chicago Blackhawks, who are supported by Chicago Blackhawks Charities. However, the team thatâs become famous thanks to working with the Hawks is USA Warriors, a hockey program for veterans.

3. How do you raise awareness of the sport and is it hard to do?

Local organizations usually do the most awareness-raising, usually through rehab organizations and the NHL. Alex provided the New York Rangers as an example, here. Some sled hockey players will compete in âShoot the Puckâ contests at NHL games to help raise the needed awareness. But there is a problem in raising awareness. The pool of athletes are quite small, in addition to the fact that the equipment has to be customized for the user in order to fit their frame. Because of this, there is no retail opportunity.

4. Are there programs for kids?

There are plenty of programs in MANY communities, a great resource is available at the USA Hockey website, here.

5. How does a team qualify for the Paralympics?

Countries qualify for the Paralympics by participation and success in International Paralympic Committee (IPC)-sanctioned events. Included among these are the various world championships and other tournaments. More information is available on the Paralympic website, here.

Basically, itâs Murderball on ice. From my [watching] experience, Paralympic-level hockey is out of this world. Itâs a sport PLAYED BY disabled athletes, not FOR disabled athletes. The checks/hits are real and can be even more painful than a hit from say, the biggest NHL players, especially when one considers being hit by A) a body, B) by a large metal sled and C) shoved into the bottom portion of the board.

The shots are not as hard due to a lack of leverage, but being a goalie is still rather difficult due to lack of mobility and net coverage. The best stickhandlers and playmakers approach the game entirely unto itself, realizing that while it looks a lot like able-bodied hockey, it has enough unique aspects to make it a completely different game on its own.

The ability to protect the puck and stick handle under a playerâs sled, as well as the need to develop some puck movement and shooting with both hands, is a key for the best players. Additionally, playmakers can realize that because players cannot move backwards and canât stop momentum easily, playing the puck âin spaceâ where a teammate can collect the pass for a quick shot is key.

7. Is there a fanbase for this sport?

To be honest, most of the fanbase are friends and family. The profile of the sport was certainly raised during the Paralympics, and this has been enhanced by NBCâs coverage of the sport. All of Team USAâs games were broadcast, either live or on tape-delay on NBC or NBCSN.

Unquestionably believe that which you said. Your favorite reason appeared
to be on the internet the simplest thing to be aware
of. I say to you, I certainly get irked while people think about
worries that they plainly don’t know about.
You managed to hit the nail upon the top and also defined out the whole
thing without having side-effects , people can take a signal.
Will probably be back to get more. Thanks