The Good Doctor and Autism: A Behavior Analystsâ Perspective 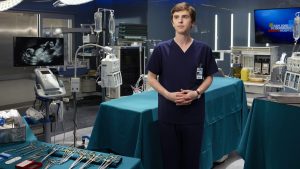 The Good Doctor is one of many medical dramas to hit the airwaves over the past year, however there is something about it that has got people talking. The protagonist, Shaun Murphy, is a young doctor who happens to be diagnosed with autism. Over the course of the first season, in addition to the romantic subplots and politics that are expected of medical dramas, weâve also been given a glimpse into the life of a person with autism.

To The Good Doctorâs credit, it appears the writers have done their research.Â  Shaun is portrayed as struggling with social interactions and not understanding the nuances of expectations in his workplace or changes in his routine, and most strikingly, coworkers who are woefully uneducated about autism.Â  This is a more realistic portrayal of a person with autism than we typically see. 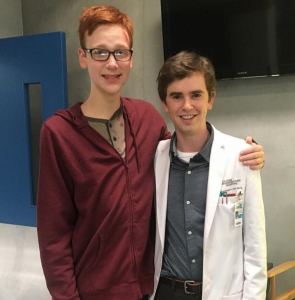 It is of note that the show has also made a point to include an episode in which we meet a patient with autism.Â  Liam, a character whose experiences are far different than Shaunâs, highlights the wide spectrum of autism.Â  Most importantly, Cody Bird, who portrays Liam, is a person with autism! Itâs a small role but itâs a step in the right direction toward the inclusion of actors with disabilities.

Where The Good Doctor really hits its stride is in showing the realistic hurdles a person with autism faces in the workplace. Shaun must consistently work twice as hard as his peers to prove to his supervisor that he is worthy of doing the job he has been hired to do. He is constantly being chastised for doing things differently – even if he achieves the same end result as his peers. He is often sidelined by a supervisor who doesnât believe in him or understand the way he approaches problems.

Shaun is also not made to be an aspirational figure or super hero, who must overcome his disability, as people with disabilities are often portrayed in the media. Shaun makes mistakes, he is overconfident sometimes, and he does not always come out on top. 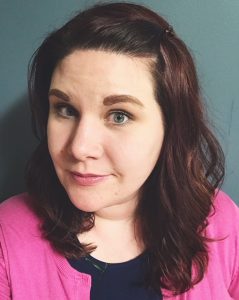 While The Good Doctor is far from perfect, it is a good start on the path to inclusion of people with autism in the media.Â  By watching Dr. Shaun Murphy each week, viewers are being introduced to a new type of leading man. He is treated with the same humanity as his coworkers which is a big leap forward in equal representation of people with disabilities in the media.

And by watching the cast of characters surrounding Shaun, we get a glimpse into the beliefs people hold regarding people with autism. Some of those beliefs are ugly and hard to hear but with each of those hurtful interactions, viewers who might hold those beliefs are confronted with the effect they might have on a person with autism. Itâs opening up a conversation, one that is well past due and hopefully will continue.

Amanda Bulgrin is a Qualified Intellectual Disabilities Professional for Search Incâs Ignite Program with a Bachelor of Science in Psychology and is currently pursuing a Master of Arts in Applied Behavior Analysis with a specialty in Autism Studies.

I am not normally very keen on medical dramas as they seem to be so inaccurate. But this looks well-worth watching