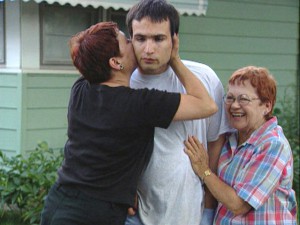 April is Autism Awareness Month. Ten years after the original national PBS broadcast of Refrigerator Mothers, the multiple award-winning documentary which JJ Hanley produced about unfounded mother blame in the treatment of this baffling disorder, the filmâs poignant stories and powerful message is more relevant than ever.

Refrigerator Mothers deals with autism and its effect on families and communities through the stories of a generation of mothers in the 1950s and â60s. They shouldered blanket blame by the medical establishment for supposedly causing autism as a result of âthe motherâs failure to bond with her child.â Though wholly discredited today, the ârefrigerator motherâ diagnosis condemned thousands of children with autism to questionable, even dangerous therapies, and their mothers to a long nightmare of self-doubt and guilt.

In Refrigerator Mothers, a Kartemquin FilmsÂ production, these mothers tell their stories for the first time. The film reached a national broadcast audience of 1.4 million viewers. The film went on to win multiple Grand Jury and First Prize awards at film festivals throughout America, was broadcast internationally and received an encore broadcasts and is used to teach graduate students in medical, psychological and social service fields.

Why is this film more relevant than ever? Because as numbers of diagnosed children increase, the partnership between medical and treatment professionals and parents is critical to successful futures for children with autism.

Early and consistent behavioral intervention changed my son’s future. He is now an engaged, interesting young man who will attend college in the fall. The same intensive treatments need to be consistently available and accessible to all children diagnosed with the disorder.

And there’sÂ another thing. My son’s generation is now entering adulthood, and professional treatment providers, potential employers and families have very few resources to use to interact productively and successfully with adults who have autism.

Visit this page for more information, and to purchase a copy of the DVD.