The Good Doctor and Autism: A Self-Advocatesâ Perspective

By Bill Sitter, Self-Advocate with Autism 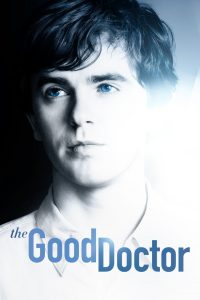 We have come a long way with how we regard people with disabilities. Several years ago there were few, if any, individuals with disabilities on TV.Â  Today, shows like The Good Doctor are making record ratings. The Good Doctor is an ABC drama about a young general surgeon named Shaun Murphy who has autism.Â  The drama shows how people with autism overcome challenges to be successful.Â  It also educates the public about the challenges people with autism face.

Each episode brings to light different characteristics about autism, including social awkwardness, anxiety, and a tendency to touch things.Â  In the episode âWhat Is The Point Of Sarcasm?âÂ  a coworker tries to explain to Shaun what sarcasm is. Another scene shows the doctor helping with an organ transplant for a patient. Dr. Murphy holds the bag with the organ and fiddles with it. The nurse next to him is at a loss for words trying to understand why he is touching the organ bag. Itâs also hard for Dr. Murphy to convey his ideas about how to properly perform the organ transplant. Despite this, the medical team trusts him and follows his lead. The surgery is a success.

As a person with autism who shares many of the challenges of the character Dr. Murphy, I can relate to this show.Â  I relate to the scene about sarcasm because I often take things too literally or have trouble listening to others. If someone says, âLetâs go!âÂ  my answer is, âLetâs go where?â Â rather than seeing this as a push to get me to hurry up. I often do not understand why people say the things they do so sometimes conversations can be awkward for me. 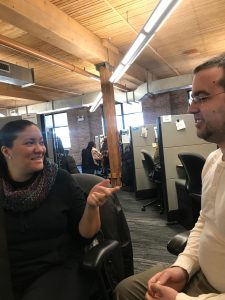 I also relate to the show because I have overcome some challenges like Dr. Murphy.Â  For example, at work I have learned to self-advocate and become more open about my disability with my supervisors. As a result, I have a more sympathetic boss, fewer disagreements, and more colleagues who are willing to help review my work. I also have been recognized twice for my work!

The Good Doctor shows that public perception of disability, especially autism, is changing. As the famous saying goes, âArt is a reflection of society.âÂ  The fact that a TV drama even exists about a doctor with autism shows far our society has come. It demonstrates that society is beginning to value the focus and unique insight of individuals with autism. The show is far from perfect, but it highlights that people with disabilities are very capable and should be given a chance in life. At end of the day, the opportunity to be respected for our skills and abilities is something we all want and deserve, disability or not.