Often wonder who is the voice behind Siri? Let’s meet her 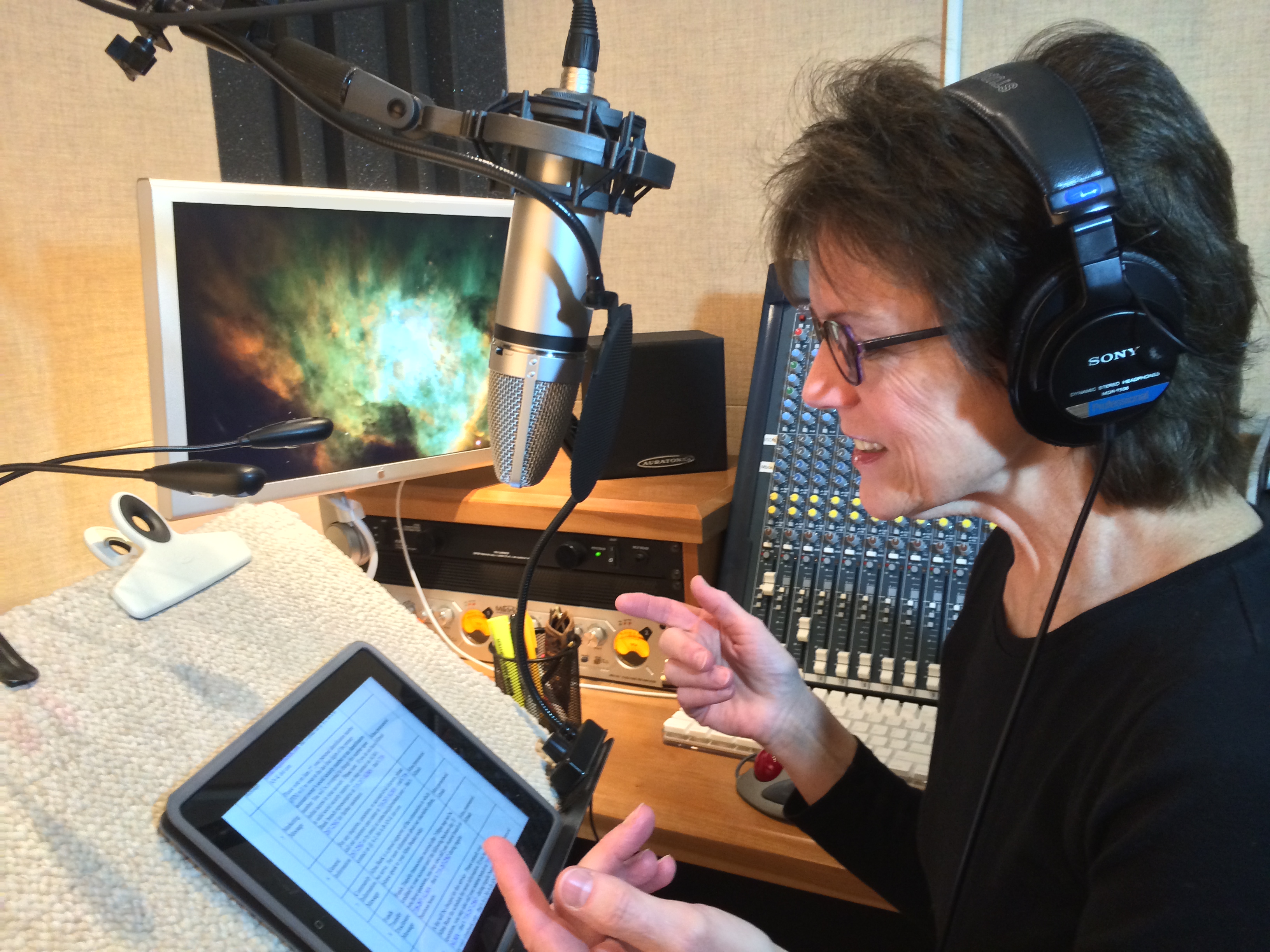 We say it often but itâs the little accessible things in life that make everything worth it. Â Today, JJsList.com got a chance to speak with an individual who comprises a huge part of many of those little nuggets of accessibility. Â Susan C. Bennet came out in 2013 as the voice of Siri, the personal assistant application designed by Dag Kittlaus made famous by Apple. Â We wanted to ask Susan about her experiences with Siri as a strategy used by so many individuals with disabilities to gain access to otherwise difficult to reach platforms.

JJsList.com: Â We act as a communications platform for businesses and individuals with disabilities for the benefit of both. Â So whenever we have businesses who are accommodating to persons with disabilities, we want to know those stories and encourage them so that others may emulate those successes. Â Siri was clearly a huge step forward in terms of accessibility technology so it’s a real treat to be able to chat with you. Â So this is just a chance to hear some stories and anecdotes about your work and what you’ve heard from the disability community already

Susan C. Bennett: Okay…..Well, I can’t take much credit for Siri. Â I merely supplied the voice. Â A man named Dag Kittlaus from Norway invented the app and created Siri (look up his story…it’s really interesting). Â Apple bought the app from him, and did whatever programming they deemed necessary to answer as many possible questions people might have. Â Also, all the original Siri voices were changed with the OS7 system, so it’s no longer my voice on the devices. Â I call myself the Original Voice of Siri, or Siri Classic, or The Steve Jobs Siri!!

JJsList.com: Right – I did read about how you got involved with ScanSoft A.K.A. Nuance

JJsList.com: I had been reading mostly about the blind communities response but can you tell me a bit more about applications of Siri for persons with Autism?

Susan C. Bennett: I haven’t been contacted by any people with autism, I’ve just heard about stories on the web. Â It makes perfect sense, though. Â Many autistic people have trouble relating to living, breathing humans, so it’s wonderful that they get to communicate in a very human way, but without the stress of dealing with an actual person.

JJsList.com: One of the main things about this technology that affects people disabilities is how natural of a dialogue one can have with Siri. Â That naturalness is an amazing step forward in how technology can be used to improve accessibility to things. Â I know there was a lot of digital magic done but during the recording sessions, did you have any idea who âyouâ would be talking to?

Susan C. Bennett: No, not at all. Â All of us who started recording digital voices in 2005 had no idea where these recordings would end up. Â We thought we were just recording messaging for phone systems….and, actually, I guess that’s what they ended up being. Â At that time, though, not many people could envision a human-like voice interacting with them from a tiny hand-held computer phone! Â That’s why the original Siri was so iconic. Â She was the first concatenated voice to sound human, but also have the ability to interact with people.

JJsList.com: Absolutely – you do realize I had to google concatenated, though! Â So when you guys were recruited for this project, at that time, was there talk about how these systems would be used to increase accessibility to mobile devices for people with disabilities?

Susan C. Bennett: Hahaha! Â Yes….most people aren’t familiar with that word. Â The process is fascinating, though. Â I recorded thousands of phrases and sentences created solely for getting all of the sound combinations in the language, then technicians went in and extracted sounds and reformed their own phrases and sentences….Those are what ended up on the iPhone, etc.

JJsList.com: It’s absolutely incredible what sound engineers can do these days. Â Do you have any favorite stories about how people have used Siri to gain access to something they may not otherwise have been able to?

Susan C. Bennett: Not really. Â Mostly, when I meet people who love Siri, they talk about the relationship they’ve developed with the app. Â It’s really incredible that people think of her as a person, but I guess if you interact with her on a daily basis, she does become your friend!!

JJsList.com: So you’ve become the most popular person on the planet then!

JJsList.com: With great voices come great responsibilities! Â In several articles that have been written about you, there are mentions of thank you notes from the blind community in terms of what they have been enabled to do. Â Do you have anything you would like to say in response?

Susan C. Bennett: Well, I’m a person who definitely believes in giving back, so I was thrilled to hear from people that I had helped….however inadvertently….by being the voice of Siri. Â I have voiced other systems that aid the blind as well, and I was inspired to read for a company called AIRSLA. Â I’ve been reading for them for over a year now, and it’s really fun.

JJsList.com: That’s awesome to hear and it’s a perfect segue into my next question; Have you worked for or do you have plans to work with other applications that allow for increased accessibility to various lifestyle needs?

Susan C. Bennett: At this point in time, I’m pretty much finished with digital voicing. Â I spent many years doing it, and it’s a very, very tedious job. Â One of the reasons that I revealed myself as the original voice of Siri in 2013 was to “break out of my booth,” and get involved in other activities, as well as different types of recordings.

JJsList.com: So to wrap this up, I do have one last question and while we might know the answer t

o this already, it’s still a fun question to ask; How does Siri know everything??

Susan C. Bennett: Because she’s smart, of course! Â Hahaha! Â When people ask me why Siri gives them wrong directions sometimes, I say she’s a prankster, and does it on purpose! Â : ) Â Might as well have some fun, right?

JJsList.com: Exactly! Â She takes after you I heard!

Susan C. Bennett: She’s does have a bit of attitude. Â I think that came from recording 4 hours a day, 5 days a week for the month of July 2005, with updates in later years.

JJsList.com: I can almost relate – as a deaf person I’ve had lots of speech therapy so even though it’s a different goal, it’s a similar repetition of phonics

Susan C. Bennett: Yes. Â It’s definitely a skill, and requires a lot of patience….and breaks! Â Â Thanks so much inviting me to do this interview. Â I’ve enjoyed it!

See what Susan’s been up to at www.SusanCbennett.com or reach out to her at @SiriouslySusan.

I thoroughly enjoyed this post. While I’ve not used Siri yet, I have heard the voice behind it in GPS systems, on the phone when calling a few places, and in screen readers such as Apple’s on-board VoiceOver. It would be cool to interview John Briggs sometime. He voices Daniel, who is another of these that are found in screen readers and other devices. I think John is still alive but will have to check.