Lessons from the ADA Conference. 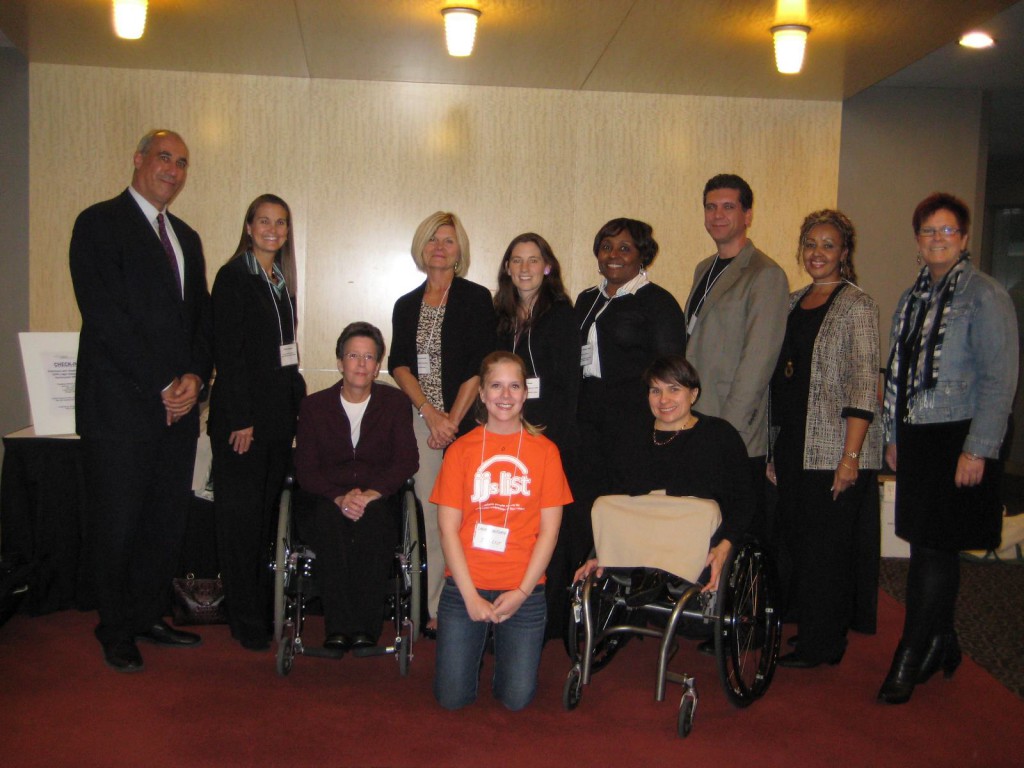 Laura at the ADA Conference

On Thursday, October 27, JJ and I attended a conference in Chicago on the Americans with Disabilities Act (ADA). The conference talks were given by government officials and focused on legal updates to the ADA. The Americans with Disabilities Act, first passed in 1990, prohibits discrimination based on disability under certain circumstances. The ADA was amended in 2010 and the new rules surrounding the amendments went into effect this past March. Congress amended the ADA because courts were finding too many people outside of the ADAâs protections. Congress wanted to make it easier for people with a wide range of disabilities to establish disability without much analysis.

I attended the morning session on recent Title I employment regulations and the afternoon session on recent Title II and III regulations affecting businesses and government services. The morning session featured Joyce Walker-Jones, Senior Attorney from the Equal Employment Opportunity Commission (EEOC). Walker-Jones gave some insight on the new definition of disability under the ADA Amendments Act of 2008 as well as new implementing regulations.Â  Some changes to the definition of disability include a list of major life activities that now includes âmajor bodily functions.â Furthermore, impairment can now be substantially limiting even if episodic or in remission. I found this addition interesting because I had not previously thought of an impermanent impairment as being a disability, but I think it is an important consideration â an impairment makes life more difficult no matter how long it lasts for. An individual with a disability can request reasonable accommodation at their workplace. A solution does not need to be proposed in order to make an accommodation request, and an applicant requiring accommodation does not need to inform a potential employer of the necessity until after they have been hired. I think this is important in order to avoid discrimination during the hiring process.

Sally Conway, Deputy Chief of the Disability Rights Section of the U.S. Department of Justice, led the afternoon session. Her talk focused on the ADAâs new revisions in accessible seating and ticketing policies, the updated definition of wheelchair and powered mobility devices, and modifications that lodging facilities must make to their accessible room reservation process.

JJ and I also volunteered during the event by assisting during check-in. We did some networking and met some interesting new people! During the conference, there was a stenographer typing the lectures for those with impaired hearing as well as an interpreter who was translating the lectures into sign language. Iâm glad that they were able to succesfully accommodate those with disabilities. It was a great day and I am appreciative of the opportunity to learn more about the Americans with Disabilities Act.

Laura is a Junior at Northwestern University interning at CIF and JJâs List this fall. She is majoring in Human Development and Psychological Services and hopes to pursue counseling or teaching after college.

One must not confuse the legal terminology, impaired vs disabled. While it seems they may be used interchangeably, the term disabled according to the ADA and the SSA means the person is unable to sustain gainful employment. Impaired people can still work according to the law.