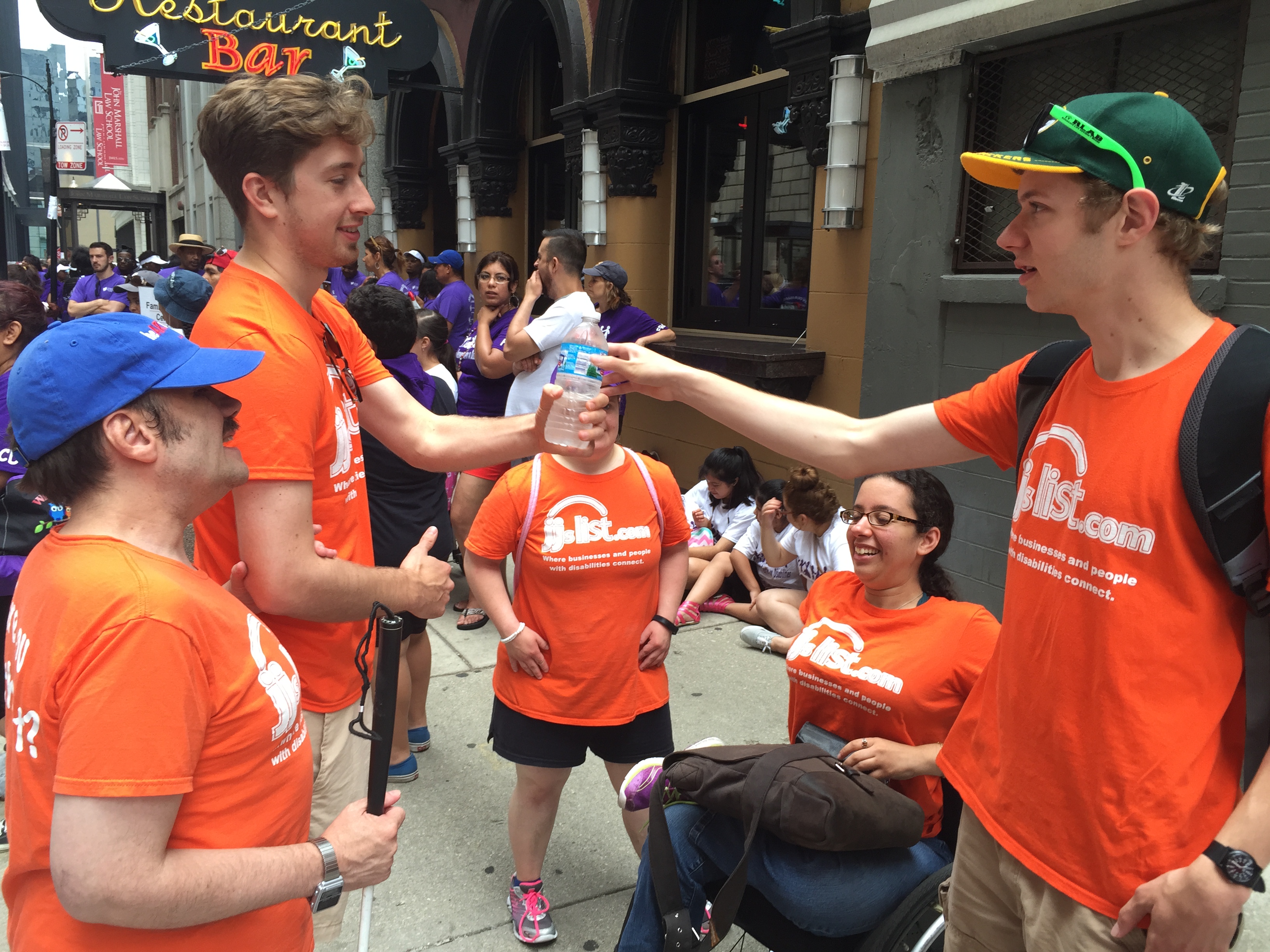 On an overcast Saturday morning that was being praised for not being 95 degrees and humid, aÂ rowdy band ofÂ JJsList.comÂ and Search, Inc. staffers, friends, and Disability Awareness Players gathered at Plymouth Court and Van Buren to get ready for Chicago’s 12th annual Disability Pride Parade. Â You couldn’t miss them with their bright orange shirts and gentle reminders that, “it’s ok to ask.”

Unfurling the brand new banner and topping off on coffee, the representatives of JJsList.com marveled at the collection of individuals all in one place. Â They’d come from all over the city and state to represent not only themselves but
their support systems as well.

This parade was meant to be an exhortation of pride and jubilance,Â not because of who people are butÂ becauseÂ they are joyfully out and about. Â That environment was palpable and it was a privilege to be a part of it. Once underway, JJsList.com marched, along with almostÂ a thousand other participants, five blocks to the Daley Plaza where booths and tents were set up for everybody to mingle and explore one another’s organizations. Â There were performances from various performance art groups, kids were scrambling over “The Picasso” statue that towered over the plaza, and brightly coiffed folks strolled from booth to booth. Â It was clear that everybody was enjoying themselves.

This event was hailed as anÂ opportunity to meet like-minded individuals who work tirelessly to build a community of simultaneously self-aware and empowered people along withÂ their respective networks. Â The Parade was sponsoredÂ by the Chicago Community Trust and the ADA25Chicago organization and spiritually led by the honorable formerÂ Senator Tom Harkin, one of the original braintrusts of the 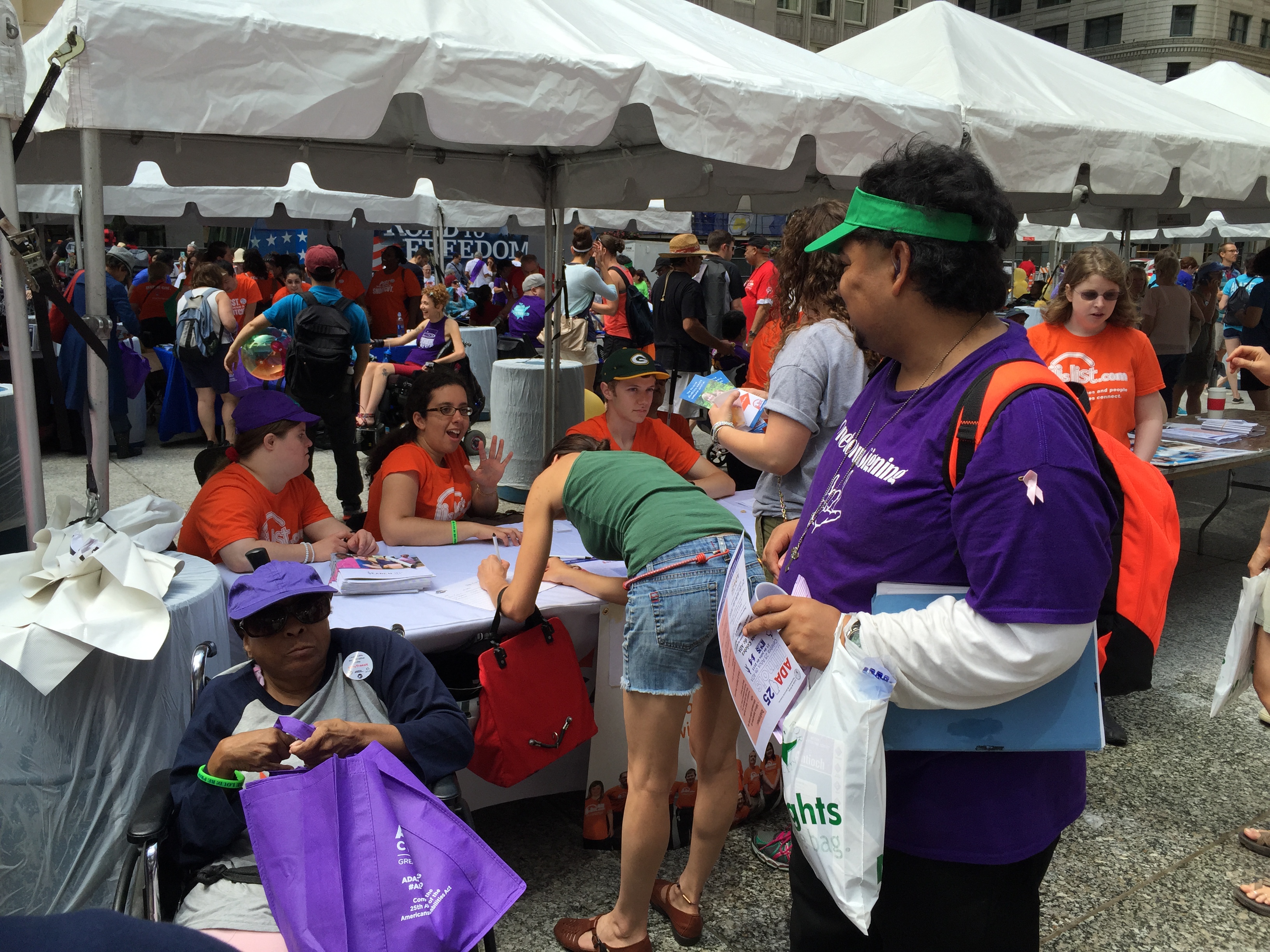 The goals of the entire event were, as stated by the Parade’s website, to change the way people think about disability by dismantling the internalized feelings of shame that many individuals with disabilities feel and reinforcing the fact that people with disabilities are an integral and positive part of society.

At JJsList.com, we say to that, “hurrah!”

If you or an organization you are familiar with is interested in learning more about JJsList.com and how to be disability aware orÂ provide an accessible marketplace, please send us a message at info@jjslist.com.

that sounds fun, I love those events.