Autism On The Job: Really? 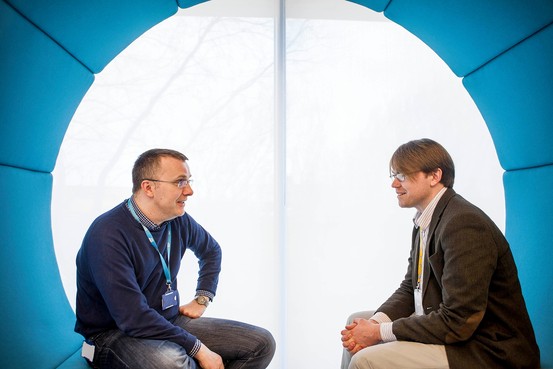 Recently, an article in The Wall Street Journal came to our attention. While it is a step in the right direction, we do have a couple of issues with the column.

“How Autism Can Help You Land A Job” by Shirley S. Wang, is about a German company, SAP AG, that has been hiring people with Autism and/or Autism Spectrum Disorders for a variety of reasons, primarily thanks to their attention to detail. Partnering with a Danish third party recruiting firm known as Specialisterne, the company hires these employees for work in data entry, computer programming, de-bugging and other IT jobs. SAP hopes to have at least 1% of their 650-person workforce, made up of people with autism and autism spectrum disorders, by 2020. We actually like this idea, especially since SAP is moving in the right direction by doing this because they feel people with Autism Spectrum Disorders (ASD) are right for the job.

Our primary concern is how broad the article is when it comes to autism and autism spectrum disorders. Ms. Wang is a very good writer, but she fell for the same trap of putting people with autism and related disorders into a box. She mentioned that people with autism and related disorders typically pay meticulous attention to detail, but one of our No Boundaries participants mentioned they didnât have this attention to detail.

One of the other issues we have with the article is the sweeping generalization of the kinds of skills people with autism and related disorders have. Some of them arenât good when it comes to technology jobs, and may have different skill sets or jobs. Of course, Ms. Wang mentions that employees are working in marketing and producing videos, so kudos to her.

Ms. Wang states in the article, âTo be sure, as with any group, people with autism have a range of interests and abilities. SAP is working with a Danish autism-focused training and consultancy firm, Specialisterne, which carefully screens and interviews the candidates to find the appropriate matches before sending them to SAP to evaluate.â

Specialisterne finds candidates who fit the profile SAP needs in workers. They have to have a college education and pick up on verbal and social cues amongst other things before being interviewed by SAP.

We think the intent of the article is good, but people with autism and similar disorders have a difficult time finding jobs, a goal many of the participants at No Boundaries is working on. We like the article and what itâs trying to say. Itâs a good start, but it could have been better.

I would say Ms. Wang is not in the minority here. A lot of people, in their eagerness to present a positive view of disability, end up showing benevolent ableism. Putting people in boxes with positive labels is just as bad as negative ones.

It is important to remember that people with autism are like any other non-autistic person. They all come to the workforce with a unique set of skills and talents which their employer can make use of.

I appreciate SAP’s careful screening process in this regard. Instead of blind inclusion, they give the autistic candidates the position on merit, which is commendable. Too much noise is made these days about affirmative action being unfair and causing reverse discrimination. People should realize that members of disadvantaged groups study and work as hard as they do, and get in on merit