5 Athletes to Watch at the 2014 Winter Paralympic Games 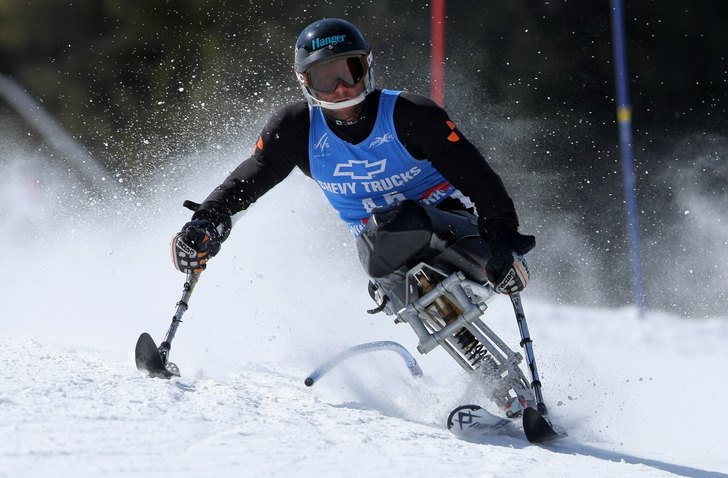 Itâs that time again. The time when the best athletes in the world gather in one place to celebrate the best aspects of sport and humanity. Yes, itâs the Olympics–Winter Olympics, of course. But itâs not just the regular Olympics weâre interested in. Weâve got our eyes trained to the next event in the schedule, the Paralympics!

Naturally, weâre fans of the 2014 Paralympics, and we hope you are too. The Paralympics are made of 5 sports, and 72 Medal opportunities. Those sports are sledge hockey, wheelchair curling, biathlon, alpine skiing and cross-country skiing. To help you know what to look for, weâve compiled a Top Five list of athletes and sports you need to watch when the Paralympics start next month in Sochi, Russia.

1.Heath Calhoun, Clarksville, TN. Alpine skiing: Heath is a retired U.S. Army sergeant who lost both his legs while serving in Iraq. He competed in the 2010 Vancouver Paralympics, finishing eighth in the Super-G (Super Giant Slalom) and 10th in the Super Combined (Downhill combined with slalom). He has been teaching skiing to people with disabilities, which we think best exemplifies our mission of disability awareness. He should be a favorite for medal contention. He was also the USAâs flag bearer at the 2010 opening ceremonies.

2. Andy Soule, Pearland, TX.Â Biathlon: Andy is another US Army veteran. He competes in biathlon (a combination of cross-country skiing and shooting) and won the Bronze medal in the menâs 2.4 km, the first biathlon medal for an American athlete in either the Olympics or Paralympics! Heâll try to best that performance as he heads to Sochi.

3. Monica Bascio, Massapequa, NY.Â Cross-country skiing: The United States Paralympic Sportswoman of the year for 2013, Bascio is a veteran of both the summer and winter paralympics. This will be her third Winter Paralympics, and fourth Paralympics overall. She is the favored American in cross-country skiing.

4. Steve Cash, Overland,MO.Â Sled hockey: Steve was the USAâs starting goalie in their 2010 Gold Medal-winning campaign. Heâs a long-time member of the national team, having won a silver medal with them in the 2013 World Championships in South Korea. Just like in regular hockey, the goalie is one of the more important positions in sled hockey, so heâll have plenty of pressure on him, but we think he can win the Gold again.

5. Patrick McDonald, Madison, WI.Â Wheelchair curling: The third US Army veteran on our list, he lost use of his legs while stationed in South Korea in 1991. He started curling in 2008, and has been a top curler for the US since then. He skipped the US national team in 2013 (by the way, âskipâ in curling, has nothing to do with say, skipping out on class).

So those are our picks for the five athletes to watch in these Paralympics! We should have more coverage coming up, but we hope this list helps! So have fun, good luck to all the athletes and GO USA!

Gotta hand it to ya, Paul good quick and informative. Also thanks for clarifying the “skip” thing for us unfamiliar with the lingo, honestly would have confused the crap outta me! Kudos

I like it because they give you a list of athletes and thee BIO what they did in the past year and gave what they did. I like . Monica Bascio that she is the only women on the list. I like that she skis cross country.

I found the blog interesting. I found it interesting that Bascio is a veteran of both the summer and winter paralympics.